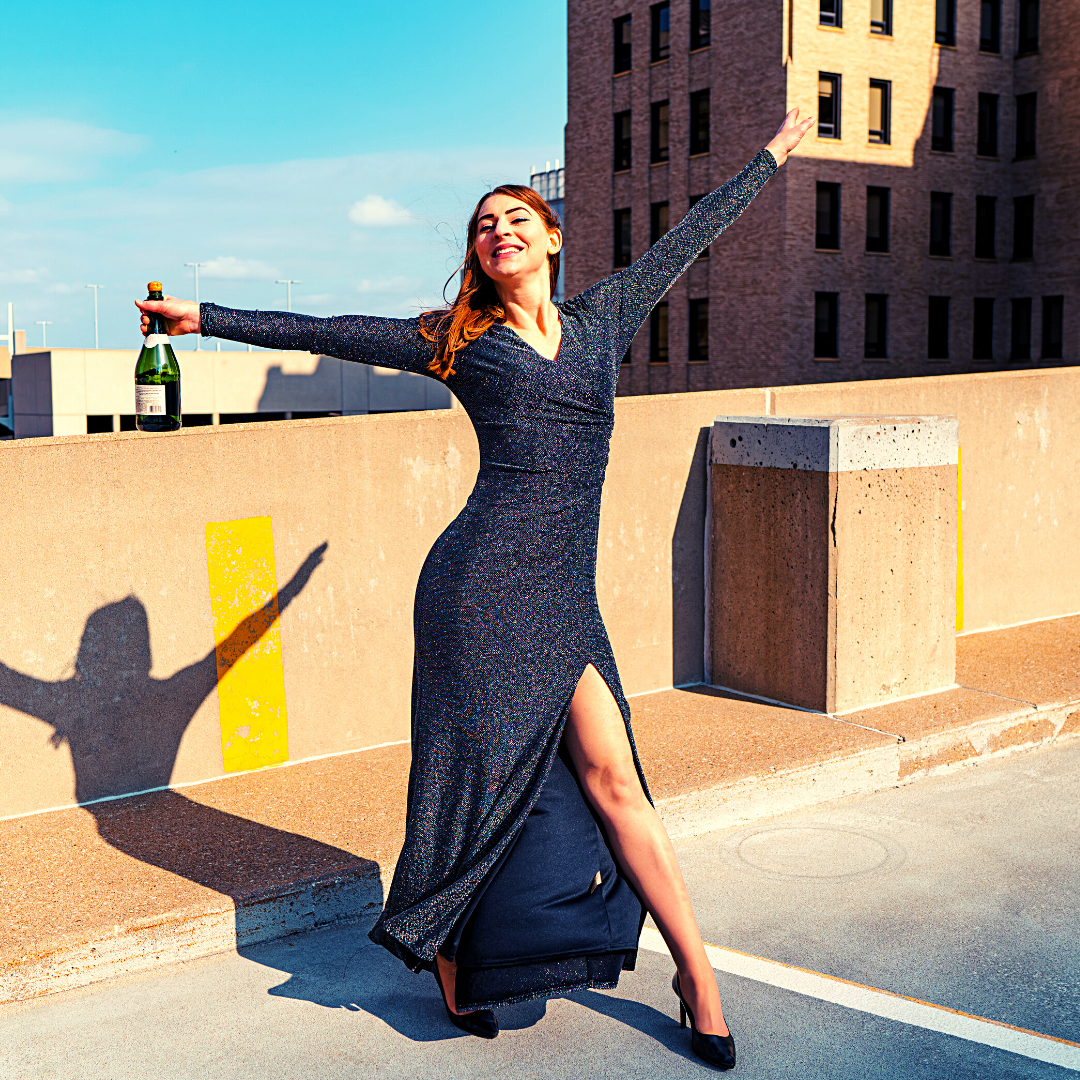 2021. This is year that I have able to fully live my truth. I know that I seem like a tough chick but not so long ago, I wasn't. I had given my personal power to the wrong man, "Voldemort," who gaslighted me into thinking that physical and financial abuse were actually acts of love. The fog of abuse was thick but, in my heart, I knew something was wrong.

Everything came into sharp focus when Voldemort snapped after a long night of drinking. His eyes went black as he threw me to the ground and brutally placed his strong fingers around my neck, began squeezing the life from me. He was violent and out of control before but this was a new level of alcoholic rage. Most domestic violence murders involve alcohol and I was not interested in becoming a statistic. Until then, I had made excuses for him and bent over backwards to appease him but when you are in the wrong relationship, you are in the wrong relationship. So I began planning my escape.

But leaving him was incredibly hard. We were together for a decade and I had bright dreams of a future together. When Voldemort choose to control his behavior and drinking, he was a charismatic mechanical engineer but it was all a façade. Voldemort wore many masks and would transform himself into what you wanted to get what he wanted. It was psychological torture; he would be kind and caring one moment but at the next, unbelievably cruel. As time went on and I became wise to his ways, Voldemort's psychological machinations lost their power.

I learned to control my emotions when dealing with him and changed my automatic reaction to solve every problem I encounter. I realized that I had mistakenly believed that it was my responsibility to manage his emotions and had to unlearn that. My responsibility was to myself and build a future I could be proud of. This was the first major life event I faced absolutely alone. Before I had always had my Papa to fall back on but after his stroke, it was all up to me to figure out. I was terrified of a solo future but knew that it was better than staying with Voldemort.

The fear I faced felt unsurmountable but slowly I worked my way through it. A big part of my fear was the finances. I have always been an earner and independent but there were so many unknowns that I felt frozen. I knew that it would be my ability to make smart, logical decisions that would get me out so I created a financial report which ended up being the first Divorce Impact Analysis report. By doing so, I defined the undefined and instantly made my problems much more solvable.

As I sat down with my calculator to determine my post-divorce living expenses, I had a sudden lightness and realized that cloud of dread was gone! My fear was literally replaced by facts. Through financial analysis and a deep belief that the future would be better, I empowered myself to leave my abuser. My psychological prison Voldemort painstakingly built was destroyed and I was free.

My freedom was hard won and I realized that so many other women and men face situations like mine. Even in good circumstances, divorce is hard. Almost every component of your life is uprooted and you need to make sound logical decisions which is almost impossible do to as your personal life is in extreme upheaval. It dawned on me that I could help (my favorite thing to do) and DivorceAnalytics.com was born.

It is amazing that something as beautiful as my business and the freedom it provides me was created out of a broken heart. As I head into 2022, I am dedicated to helping even more people navigate the treacherous waters of divorce. Replacing fear with facts is my birthright and I am excited to see where it leads.

If you are facing an abusive marriage, please check out www.thehotline.org for resources and support.